For this is what the Lord, the God of Israel, says: ‘The jar of flour will not be used up and the jug of oil will not run dry until the day the Lord sends rain on the land.’”

As I was reading the two books of Kings for my preaching for youth service on friday. I came upon  the meetings of the prophets Elijah and Elisha with two non Israelites women that helped them in times when they needed it without asking for anything in return. What God brought to my attention was that these two women gave instead of asked and because of their actions God blessed them. And  he blessed them abundantly  one with nourishment for her and her child her oil and flour never did run dry or was used up during  the famine in the land while the other one was given the blessing of being a mother after so many years. God tried these two men and women, he tried their faith. One of the various things I found in common in the two stories was that they knew that Elijah and Elisha were men of God.

And he said, “At this season, about this time next year, you shall embrace a son.” And she said, “No, my lord, O man of God; do not lie to your servant.”

Elijah and Elisha were prophets that God used tremendously in the old testament but they weren’t exempt from God testing their faith also. In verse 20 of 1. Kings 17, Elijah asks a question to God why had God brought tragedy to this woman’s home after helping him and it says that he laid on the child three times and cried out (” Lord my
God, let this boy’s life return to him.” 1. Kings 17:21) and God answered the cry and gave life back to the child. Same thing happened in the book of 2. Kings 4, Elisha not knowing what was happening in the house of the Shunammite meets her and he finds out what has happened to her child; he then sends his servant to lay his staff on the child and when the staff does not work he goes and lay on the child and God heard his cry.

The significance of them laying on the children and putting the hands to hands, mouth to mouth and eyes to eyes was them crying out to God to healed the children. They were calling out God to come and do the miracles of giving life as he is the only one that can do it. But God tested their faith because it was not the staff nor just being used by God but that if it’s on the will of God he can resurrect anyone from death. As we have for example Lazarus and even Jesus Christ.

The two mothers of the child’s they were blessed and they saw the blessing come to life but their hearts were not on the Lord. Their eyesight was not on the Lord; they were living from the blessing but did they actually believe in God.? From the response one gave I do not think so; after the miracle she told the prophet (” Now I know you are a man of God and that the word of the Lord from your mouth is the truth.” 1. Kings 17:24.) 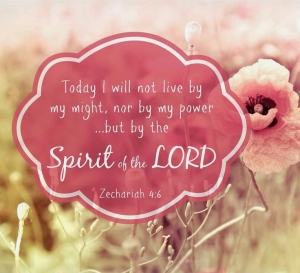 Was there a resurrection in their life that was more than physical? Yes there was they were left knowing that there is a God that can take and give life back and that overpasses the firmament of this earth. They saw the miracles that happened through two men of God by the Lord. And they believed instead of seeing the miracles but not believing in God. God tested both this two women and two of his prophets for their faith to become stronger during the adversities of life. Now they were change but what about you; so my question to you is, Where is your Resurrection?

P.S. It’s Semana Santa!! which means Holy week; I don’t know if yet if I will be posting something related to it, as many bloggers do that during this week. My blog post about dating is in a rough draft at this moment so I think by early next week or the end of this week I will be posting it. Let this week and every single day afterward bring you joy and reconciliation with the Lord. Let God bring a change into your  life; open yourself to the things that you cannot see but that are waiting for you. 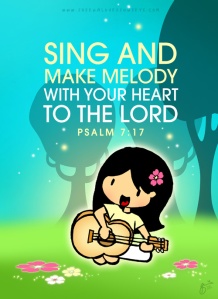 Among these dark Satanic mills