Good morning on this beautiful day, today I will be writing about an issue that many youths, young adults and adults have gone through or are going through this moment in our lives. I will be speaking in the book of 1. Samuel 1:5-8. Hannah was the favored wife of Elkanah an Ephraimite; however, God had closed her womb and she was barren. Now this man had two wives; the second wife would belittle and provoke each time the family would go to give sacrifices to the Lord at Shiloh; Hannah would become sad and she would weep bitterly.

And she was in bitterness of soul, and prayed unto the Lord, and wept sore.11And she vowed a vow, and said, O Lord of hosts, if thou wilt indeed look on the affliction of thine handmaid, and remember me, and not forget thine handmaid, but wilt give unto thine handmaid a man-child, then I will give him unto the Lord all the days of his life, and there shall no razor come upon his head.

Hannah was a woman who had been mistreated not by her husband but by her husband’s second wife and had a view of her self as someone not worthy because she was barren and could not give her husband lineage from her. Hannah’s sorrow and low self-esteem became a tool in God’s hand as he remembered his servant and she was able to conceive.

Many times we doubt ourselves and we do not know who we are in God because of our low self-esteem. We have a distorted view of ourselves as objects of no great importance that cannot come up to something, but that is not who we are in God; in Genesis 1:27 it says;

We were created by God and to resemble him not in physicality as God is Spirit but in spiritual qualities as well as moral and mental obedience to worldly laws. Low self-esteem comes from different causes for example;

Hannah’s low self-esteem and afflictions became God’s tool. There is a verse that Hannah says is chapter 2 of 1. Samuel and it’s;

Talk no more so exceeding proudly; let not arrogance come out of your mouth: for the Lord is a God of knowledge, and by him actions are weighed.

We might have a beautiful face and our self-esteem could be up to the roof but if our hearts and actions don’t reflect God what is the point of all. God looks into the inside and not the outside; he knows our every thought and desires. We might be able to fool men but not him. 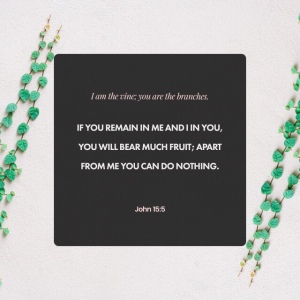 P.s. Thank you for hanging out with me today; hope to see you on my next blog post which will be a ” Called with a purpose” post. Remember that you are worthy of love and mercy; that God gave his begotten son for you and me in the cross. Don’t let opinion nor words of discouragement bring you down; instead, remember that you were chosen by him and through him, you have been saved. Shalom

The life, ministry, & thoughts of a Christ-follower, husband, dad, & minister